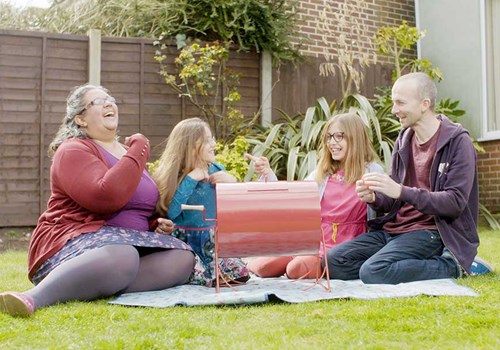 A new nationwide campaign #YOUCANADOPT, has launched to encourage those considering adoption to think about adopting brothers and sisters together.

Latest figures show there are currently 2,030 children waiting to be adopted in England, of those – approximately 44% are in family groups of two or more. 1 Groups of children wait an average of 17 months to be adopted, which is 36% longer (135 days more) than individual children. More than half of these groups (56%) even wait more than 18 months for their new family.

The campaign includes a new film featuring three families across England who have adopted brothers and sisters. The emotive film celebrates the unique personal bond their children have and highlights the benefits of adopting a ready-made family.

New research released as part of the campaign explores adopting brothers and sisters and the benefits of keeping family groups together. It shows, while a key motivation of those wanting to adopt is to extend, or to start, ‘a family’ (58%) and 62% of parents that adopted just one child, now believe they potentially could have adopted brothers and sisters.

If you're thinking about adoption then we'd love to help.